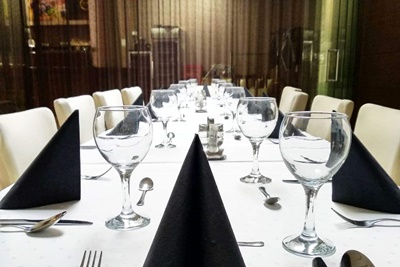 In our restaurant, guests can take part in two types of detective dinners. The games can be played in both open and private times with fraternity of 10-14 people.We are constantly updating our open dates on our Facebook page.

The participation fee of the game with dinner: 5,600 HUF / person.

It can also be purchased as a gift voucher for family members, friends, business partners.

mystery in the Viennese castle 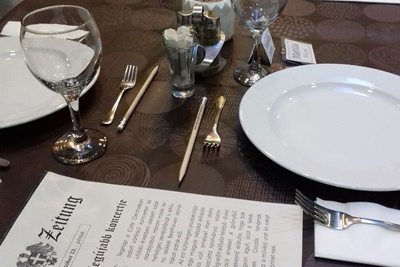 Count Franz Josef Wilczek invited his guests to a three-day rest in his castle in Vienna.

On the last night, he organized a festive farewell dinner to close the gathering. The butler reports to the host that a dead body has been found in the library room.

The count doesn't want a scandal, but he wants to find out what happened. That day no one else stayed in the castle except the staff and guests. Is it possible that one of them is the killer? But who is it? Everyone is a suspect…

The goal of the role-playing night seems simple: find the killer! 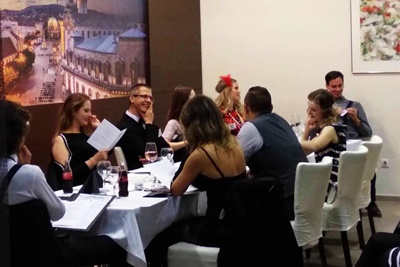 Two mafia leaders ruled the city of Palermo in 1920, with Don Fabrizio Vito in the west and Don Tony Leoni in the east.

With the death of Don Fabrizio, chaos hit his head. Until they find his killer and find out what happened, his eldest son Giuseppe initiates a mob meeting at Hotel Lupo, run by their family.

The main “business” activities of the era included the smuggling of spirits, tobacco and goods, a brothel, counterfeiting money, gambling, which Giuseppe would like to divide.

Guests include the victim’s children, sister-in-law, young wife, accountant, home teacher, port manager, Madame, who runs the brothel, lord and assistant of the eastern part of the city.

One of them is the killer of Don Fabrizio. During the evening, many secrets and motives are revealed regarding the guests. What happened on the day of the murder? Why was Don Vit killed? Who will be the new Godfather?

The purpose of this exciting evening is to reveal the secrets, find the murder weapon and the culprit.